Learn about the neurodiversity paradigm from an experienced advocate who has worked with many Autistic and nonautistic professionals. I’ll answer any and all questions, present different neurotypes, explain terminology, and share resources to promote continued self-learning.

Visit Writerly Nourishment’s LinkedIn page. Direct message me on LinkedIn. Or send visit the contact page to email me. 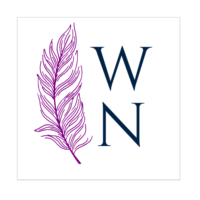 Neurodiversity, short for neurological diversity, is the diversity of human minds, variances in human neurology that shape each person’s thinking and behavior. Neurodiversity is a biological fact. All humans are neurodiverse. Everyone thinks differently, as each person’s neurology develops based on their unique genetics, their environments, and the experiences they have within those environments.

Neuro means “nerve” — the nervous system. Diversity means “variety” and is the measure of a given variable within a population. If skin colors, gender identities, and sexual and religious orientations are forms of diversity, then so is human neurology. All humans have neurotypes. So neurodiversity includes all humans.

The neurodiversity paradigm recognizes the reality that some cognitive styles are typical (neurotypical, neuromajority) while others diverge from typicality (neurotypicality). Neurodivergent means a person’s cognitive style diverges from the neuromajority mainstream. Society medicalizes and marginalizes neurominorities, pathologizes us as disordered and in need of correction.

Under the neurodiversity paradigm, divergent minds are not “disordered”, a subjective value judgement with no biological basis. Neurodiversity is a vital form of human diversity that provides a model of living free of judgement while fueling the neurodiversity movement, a civil rights movement that challenges the ableism, discrimination, and social inequality society imposes on neurological minorities.

“The Slippery Rock University community had the honor of welcoming Bernard Grant to speak on a virtual panel regarding the disparate impacts of COVID-19. A neurodiversity champion, Bernard spoke of their own experiences during the pandemic and their expertise being an autism personal coach. The university community greatly benefited from Bernard’s thoughtful insights and contributions, highlighting autistic and neurodivergent experiences and voices.”

How to work with me.

To find out more about working with me please contact me here using the form provided and tell me more about what you are looking for.

I look forward to hearing from you, and I hope you’re safe and well.

I use cookies on my website to give you the most relevant experience by remembering your preferences and repeat visits. By clicking “Accept”, you consent to the use of ALL cookies.
Privacy PolicyCookie settingsACCEPT
Manage consent